This year, our creativity will be extra Contagious 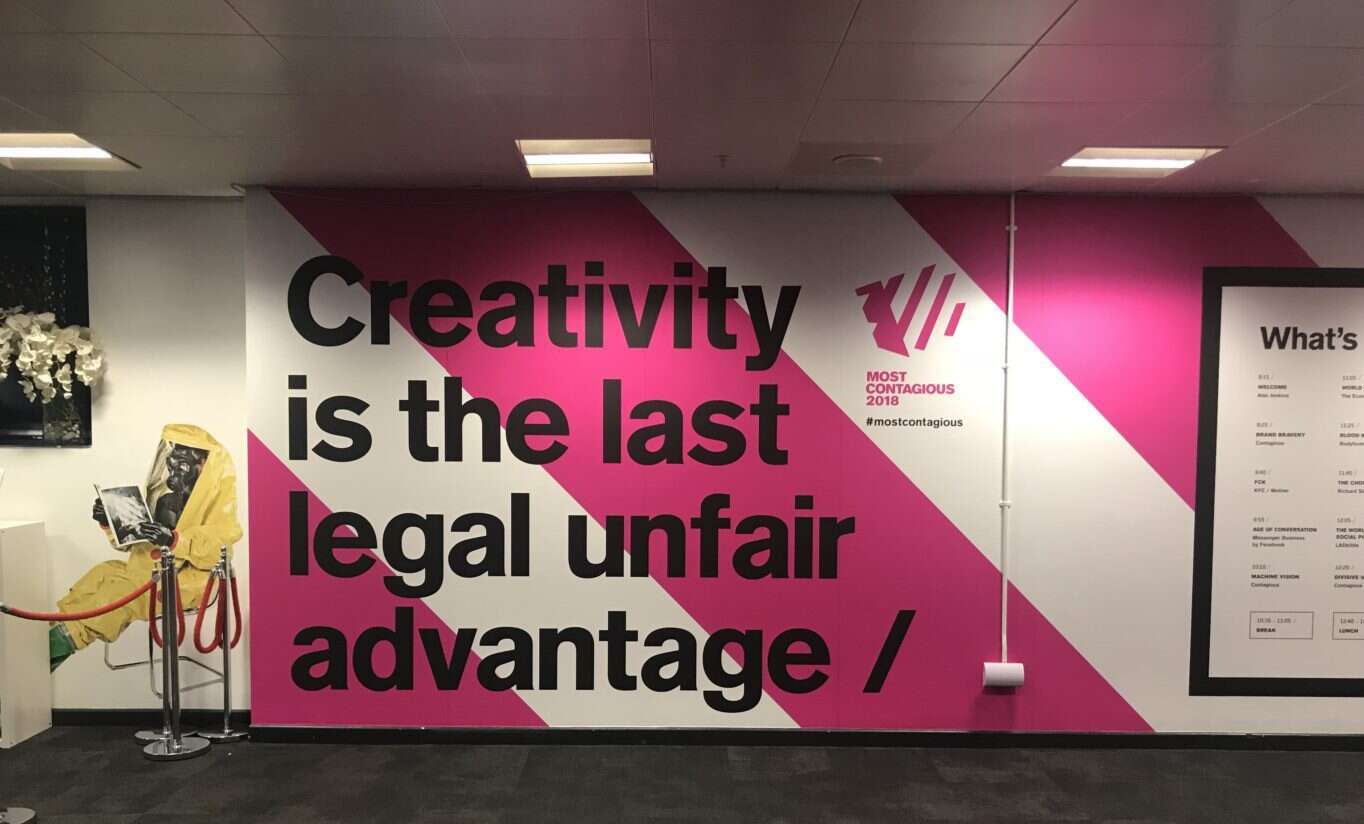 Early December 2018, our Creative Director Ben and our Client Service Director Michel went to Most Contagious together. This event gives you all the important marketing insights, trends, innovations and new technologies of the past year. Here are four things we learned:

Clients need to be brave

These commandments teach us that we shouldn’t play it safe so often. Regardless of what the big boss would say, regardless of budget or time to let creative ideas grow.

Agencies need to be brave

Due to a logistical mistake, certain KFC-restaurants in the UK had to close down because there just wasn’t enough chicken. Well, the agency working for the famous chain came up with a brilliant campaign that simply said “FCK”.

The client rejected the idea multiple times, but the agency pushed through until KFC gave in. The brutally honest advertisement caught everyone’s attention instantly.

Another daring case was replacing the iconic Lacoste-crocodile with near-extinct animals. A tough cookie to execute, but it generated 10 million euros in media value.

As a modern brand, you need to be engaged in political and societal matters. Such as the “Palau Pledge”, in which tourists on the environmentally vulnerable island had to sign their own visa as a pledge to protect the local fauna and flora.

There was also the attention-grabbing “Blood Normal” campaign by Bodyform, in which blue liquid finally made way for blood-colored fluids in ads for female hygiene products. TV-stations rejected the idea, but the online community responded so strongly that the ads were broadcast eventually.

This engagement makes brands humane and connect better with the audience.

Burger King was the biggest star of Most Contagious 2018, thanks to cases like a haunted house in Madrid, the Whopper Detour campaign and ads with cars crashing into Burger King restaurants. The brand doesn’t shy away from controversy.

According to Burger King’s CMO Fernando Machado, there is little risk that a bad campaign has a long-term negative impact on the brand. He said: “It will pass like a ship in the dark”.

Simple example: angry tweets about a failing airline will be overshadowed instantly by a single Donald Trump tweet.

There was much more to learn. So take your time and read the full ‘Most Contagious 2018’ report which you can download right here: